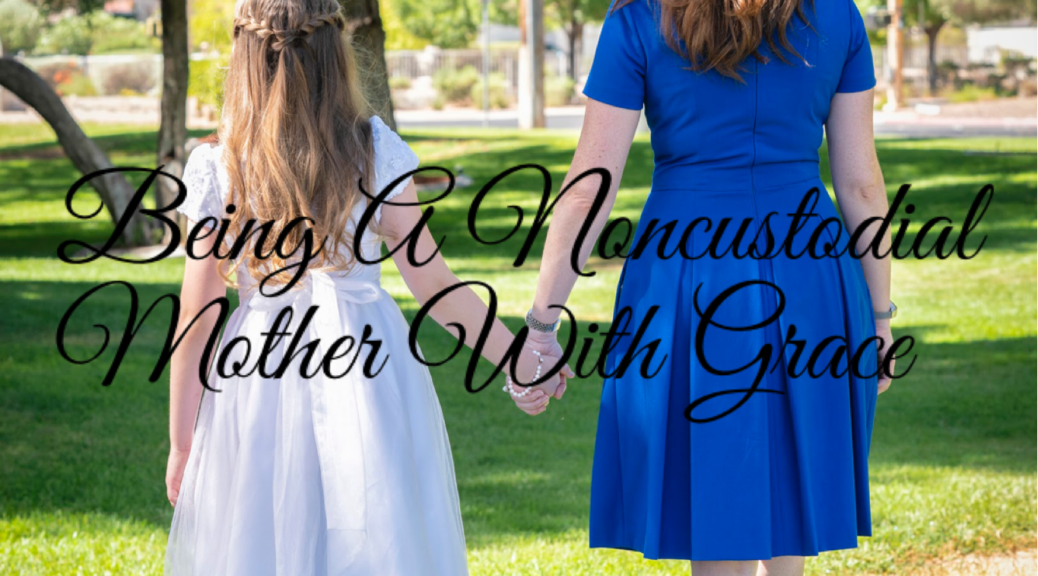 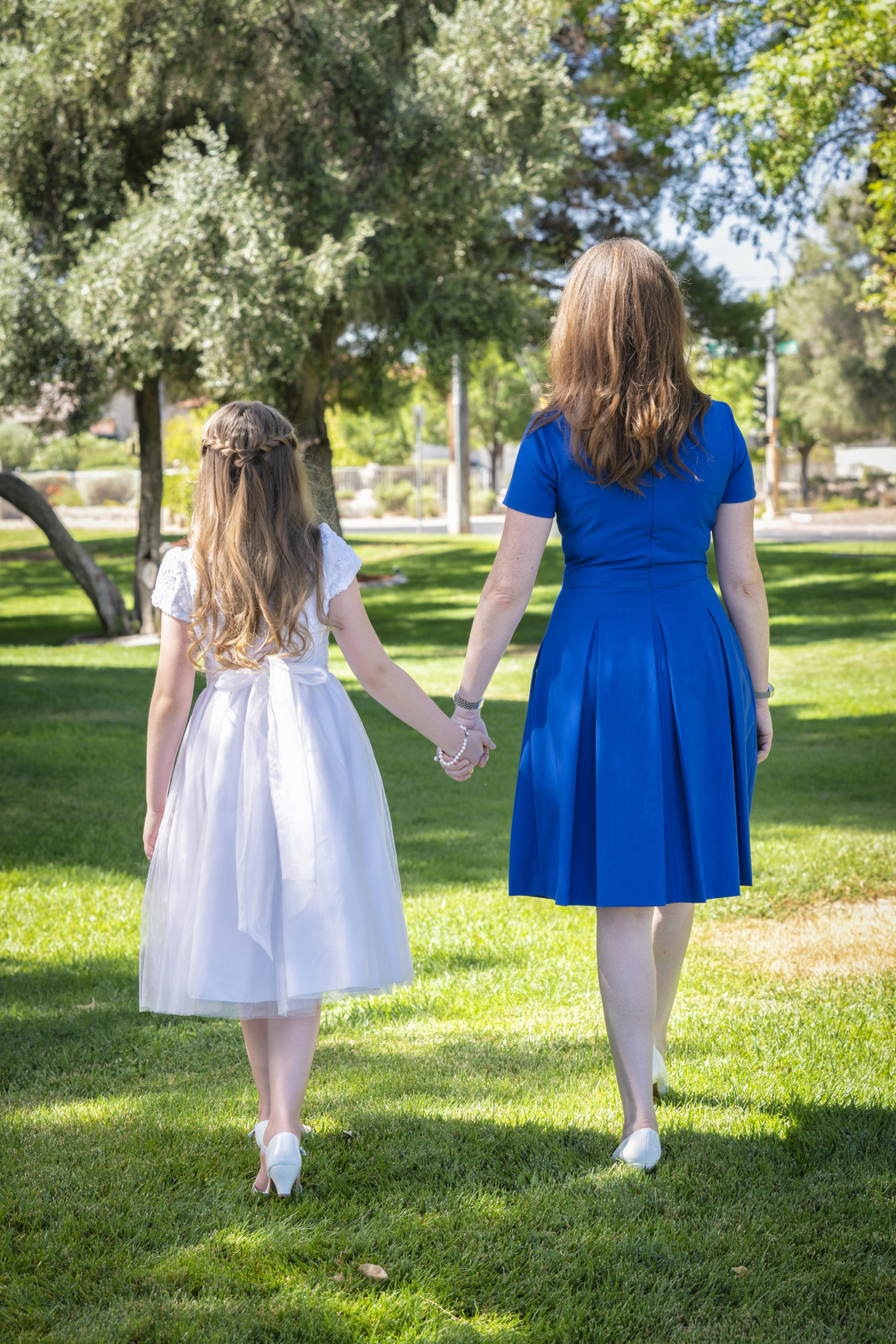 Don’t let the title of this blog fool you.  Being a noncustodial mother (ncm) is no walk in the park.  I’ve handled my fair share of issues poorly.  Still, there are many I am proud of handling correctly.  Those are the ones in the spotlight today.  Here I share some ways I was able to be a noncustodial mother with grace.

Being a noncustodial mother isn’t glamorous. It can go from bad to worse to even worse in no time flat.  Given time, we grow and deal and learn.  The sting of brokenness, heartache, loss, and more, lessens.  It never goes away, but it does lessen.  The path to this place varies in time for everyone, but it does arrive at some point.  Meet it when it does with gratitude, because it doesn’t come easily.

It is coming up on 5 years since I was officially made an ncm.  Devastating, but realistically, not surprising.  The odds were not in my favor geographically speaking.  That was really all it boiled down to.  This is the first lesson in being a noncustodial mother with grace. 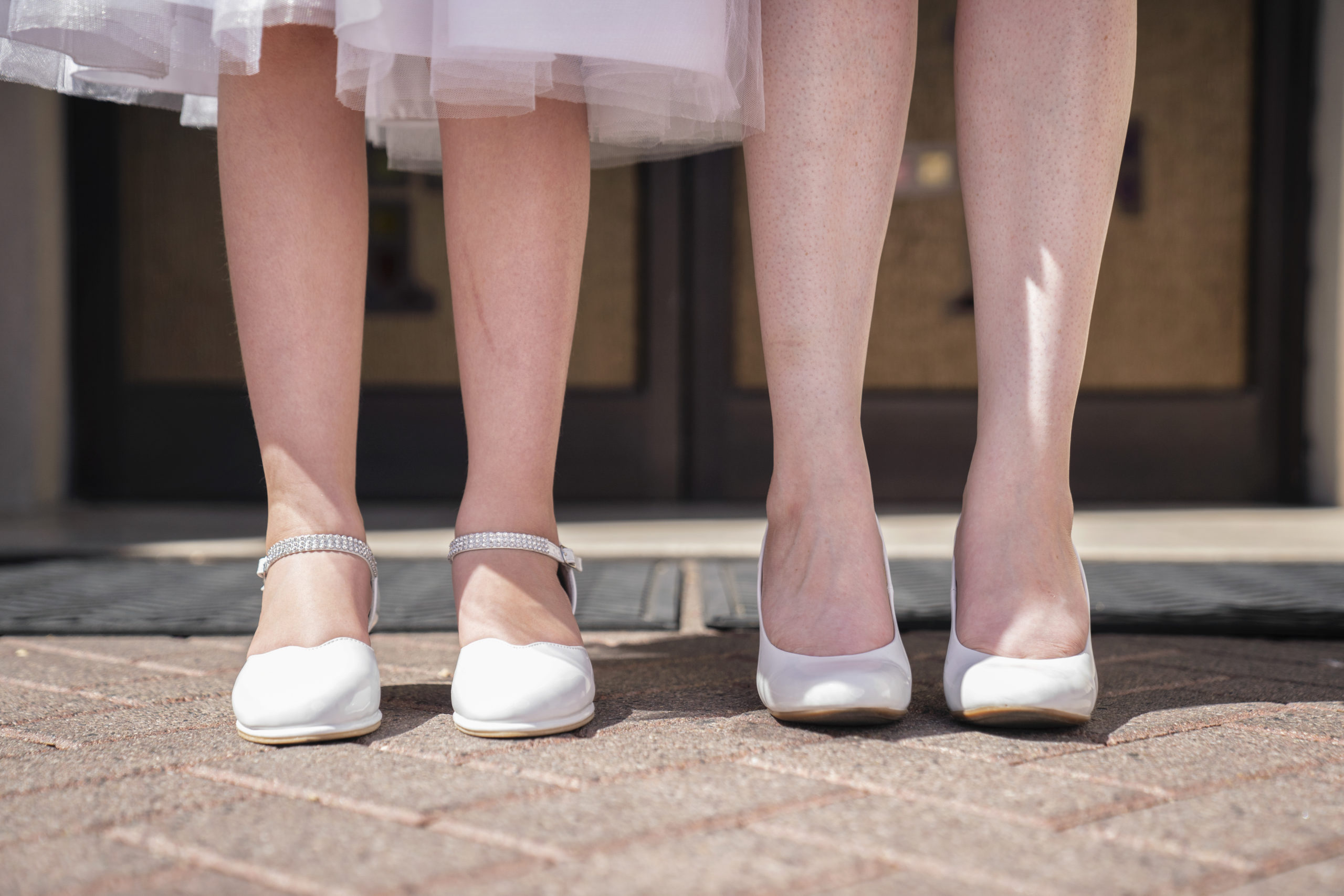 Be gracious to yourself and your story.

That is, be realistic and honest to yourself and the story you share to others.  Chances were remote I would “win” (firm believer there are no winners in family court battles).  So when the order came down, I accepted it factually.  For those who ask, though I am compelled to besmirch my ex, the judge and more, the facts are the facts and I leave it at that.

Yes I hated the judge.  Thought his decision was junk.  His words in the order cut like a knife.  I cried.  Defeat consumed me.  Hopelessness overwhelmed me.  An unsettling loss of direction settled in.  In spite of it, I soldiered on.  There was a new way of life; a new role to settle into.  I did not have to like it immediately, but I had no choice but to learn how to.  There was no point dwelling on the blow I was just dealt.  This was still my life, and I wasn’t going to waste it being a miserable mother whether my daughter was around or not.  Acknowledging that, led the way to being a noncustodial mother with grace on many more occasions. 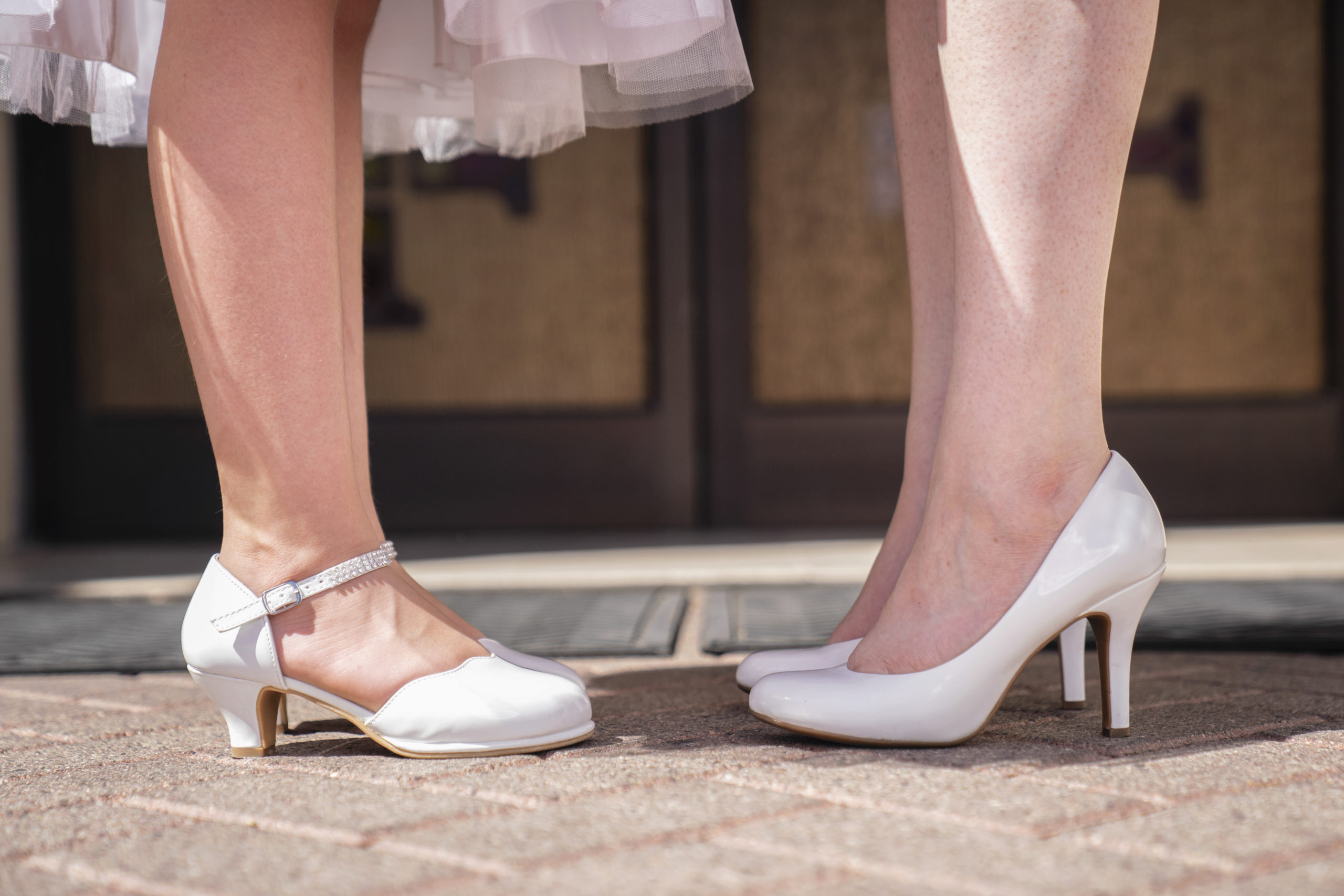 Surprises can shock us.  Immediate reactions may be out of character, or just plain out of line.  When emotions are raw and fresh, this adds up to a recipe for severe overreactions which won’t do anybody any good.  Consider the example that establishes for your child.  Even if they aren’t around, children can sense tones, tension, and more beyond the credit we give them.  Keep chaos contained as best you can by expecting the unexpected.

Expecting the unexpected means being ready and flexible for anything.  I’m not saying you have to go with the flow, or do whatever the other person asks.  Be ready for whatever random demands or change of plans could come up.  If you have an exchange time that is critical for you to get to an appointment or something, expect them to be running late.  You can only control yourself so, do what you need to in advance to set yourself up for success should they run late.  If they are late, you’re already poised for the recovery.  If they are on time, you’re pleasantly surprised.  Win, win.

Eliminate any expectations.  Keep your guard up.  Don’t react.  Take time to respond to emails, texts, even phone calls.  Create space between the news/event and your response.  That should allow a cooling off period for composure.  That way you can carry on being that noncustodial mother with grace that you are!

Pro tip: in the cooling off period before you respond, write your instant reaction in an email to yourself.  It helps to get the bad feelings out, without the potential detriment of sending them to the other person.  Hidden benefit even: when you read it much later on, it helps you realize just how reactive you really were so you can be better for next time.  I did this for YEARS!  Finally made it out of that toxic reactive headspace due to this helpful practice.  Now I can keep a level head in a live conversation no matter what’s going on.  One noncustodial mother with grace, right here! 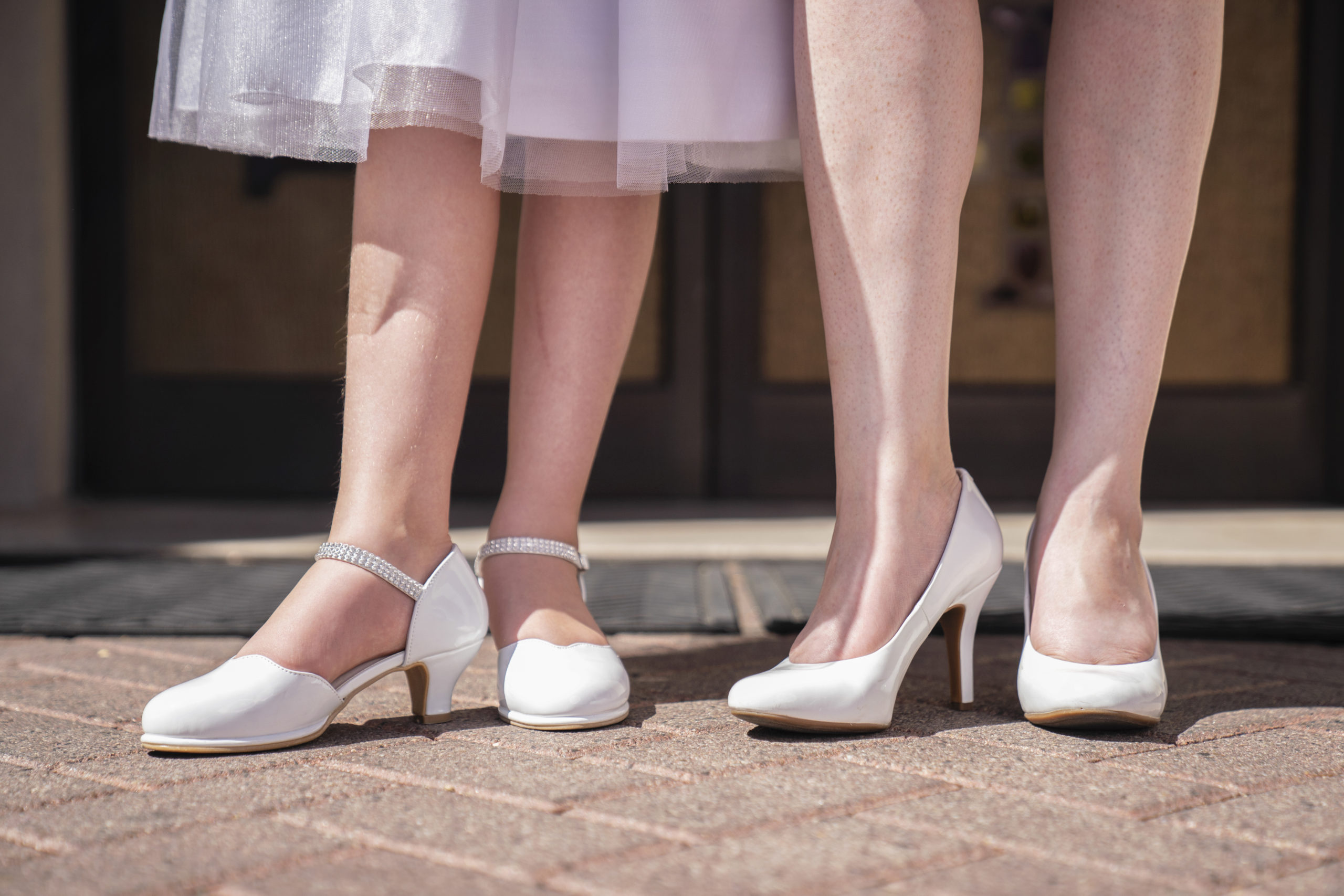 Clear, succinct, communication is key to being a noncustodial mother with grace.

Look, I talk to my daughter’s father almost everyday now.  Don’t freak out, I said almost.  It usually isn’t anything major, keeping tabs on her school, homework, extracurriculars, babysitters, and other updates and needs.  Don’t think you need to keep this close in contact, in fact it’s probably just the opposite I’d recommend.  However, in our situation, it works: it keeps me informed, holds us accountable, and is all for our daughter’s benefit.  Period.

She is what it’s all about.  We don’t sit there on the phone chumming it up.  We are down to business, polite, respectful, and end when the necessary topic is covered.  If things were lingered on for too long, that’s when unhelpful commentary can be mixed in, misconstrued, misunderstood, and that’s what should always be avoided.  Let the bad blood wash under the bridge, deal with factual matters at hand, and move on.

If you would have told me this is where I’d be in my noncustodial mother journey all those years ago, I’d probably throw up at the thought of being in touch this much.  It can be uncomfortable at times still.  Time heals though.  I know you’ve heard it.  You may not believe it.  I resisted the notion of it too.  It really does happen though.

Go forth with grace.

If you’ve read this far, thank you.  If you’re resisting some of these points, that’s ok.  Coming this far is a good start to setting yourself on that path to being a noncustodial mother with grace you’re aiming for.  Commend yourself for that much, and you’re already off to point #1: be gracious to yourself and your story. 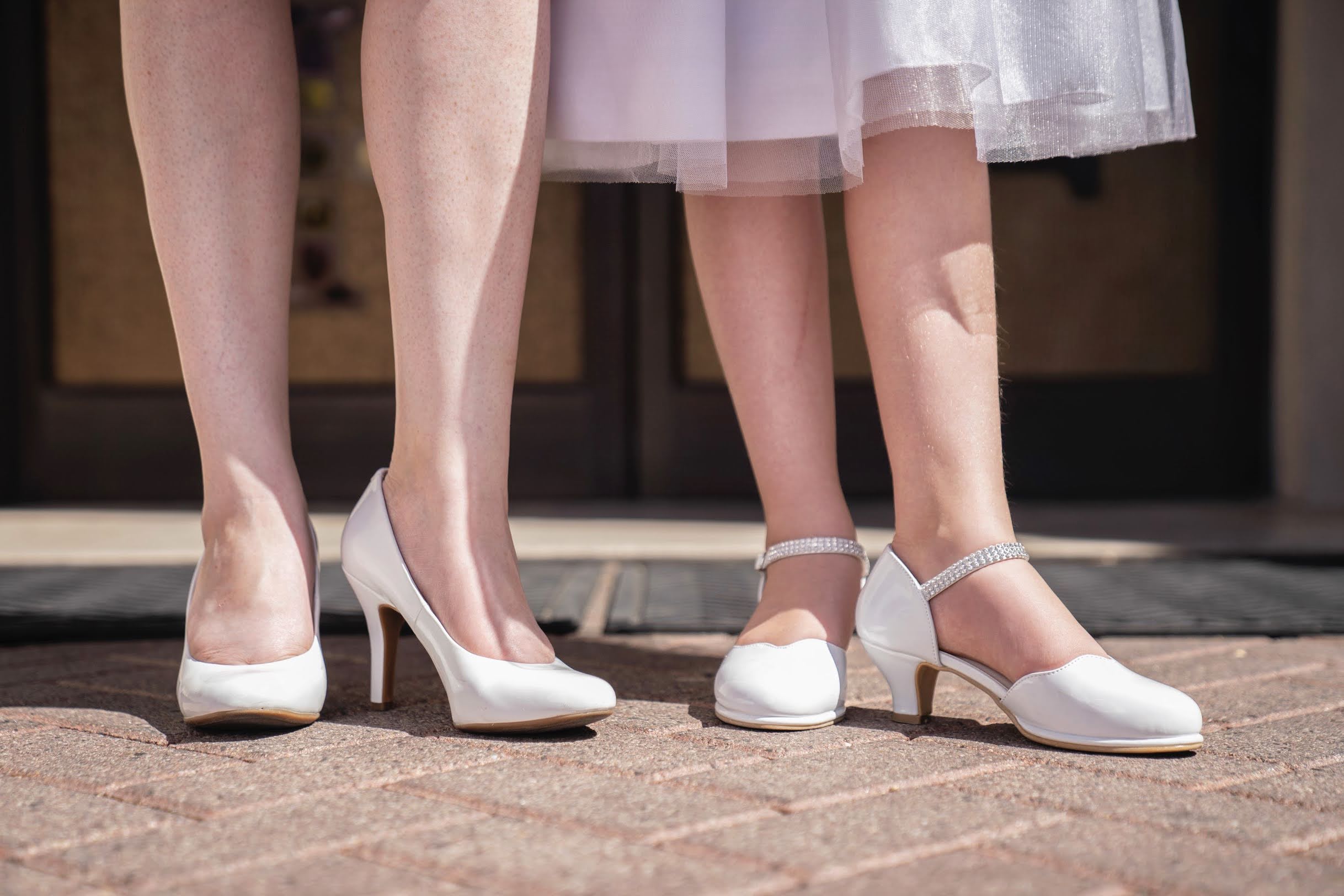 Wherever you are in your experience as an ncm, know there are good times and not so good times. Your child is what matters. Keep them, their health, and safety at the core of your decision making, and that’s the best you can do.
For more on this tough ncm topic, see our other tagged posts in Noncustodial Motherhood.

One thought on “Being a Noncustodial Mother With Grace”